Why not print your next house with 3D printing 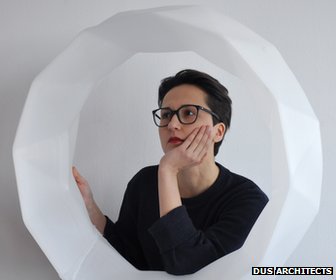 It sounds like the ultimate do-it-yourself project: the print-your-own-home with 3D printing.

In place of bricks and mortar and the need for a construction crew, a customisable building plan which transforms itself from computer screen graphics into a real-world abode thanks to the latest in 3D printing technology.

That dream is still beyond our reach, but several teams of architects across the globe are engaged in efforts to take a major step towards it by creating the world’s first 3D-printed homes.

Amsterdam-based Dus Architects is one of the firms involved – it plans to print a canal house in the Dutch capital.

It’s worth taking a moment to reflect on that premise; the machine will not modestly 3D-print the usual cup, curtain ring or piece of jewellery, but an actual building.

The printer that will make this possible – the KamerMaker – is a marvel in itself. The name translates from Dutch as “room-maker”.

With a shiny metallic exterior, built from the carcass of a shipping container, it is 6m (19ft 8in) tall and would easily fill the average sitting room.

Using different types of plastics and wood fibres, the device takes computer-drawn plans and uses them to make first the building’s exterior walls, then the ceilings and other parts of individual rooms and then finally its furniture.

The pieces will be assembled on site like a huge jigsaw with parts attached to each other thanks to some of their edges having being shaped like giant Lego pieces, and the use of steel cabling to “sew” the elements together.

Each part is created using a layer-by-layer process in which solid objects take shape by printing thin “slices” of the construction materials, one level at a time, which bind together.

When I interviewed the architects involved – Hedwig Heinsman and Hans Vermeulen – for the BBC World Service’s Click – I was able to stand comfortably with them inside the machine.

Looking across I could see the device’s huge print head was connected to a flexible tube running down from the ceiling through which it could pour the heated plasticised material that will ultimately form the house’s structure.

As with its smaller counterparts, the print head moves firstly horizontally and then vertically building up salami slices of the 3D object.

The enormous contraption will be able to fabricate individual life-sized rooms in one print session.

I was shown a rosette window frame that had recently been “printed'” as a demonstration.

Why not print your next house?