Comparative photography can capture a place and tell the story of it over time.

A single photograph can awaken history, but two side by side can tell the journey through time. I have stood in Tiananmen Square in Beijing China and it is a place steeped in history and I think this comparative photography tells the story better than any book.

In the summer of 1989, more than a million Chinese students and workers took to Tiananmen Square in the capital Beijing to participate in communist China’s largest political protest in history. The demonstrations lasted for six weeks, culminating in a night of bloodshed on June 3, 1989 when the military forcibly suppressed the protests by enforcing martial law. Hundreds of protesters and residents were killed.

This summer marked the 25th anniversary of the massacre, which Chinese authorities continue to treat as a taboo subject, banned from textbooks and websites.

Yet history documented by photojournalists is undeniable. Yes, it could be edited and changed and it definitely has since the invention of photography using both dark room techniques and photoshop. Still the history is documented beautifully in these then-now comparative photographs. END_OF_DOCUMENT_TOKEN_TO_BE_REPLACED

We have looked at a couple of high risk photography examples in the last few posts and today’s post is no exception. This particular post explores the true risk of getting the perfect shot. Photographer Ben Von Wong brought models down 75 feet beneath the surface of the ocean and photographed them chained to a ship wreck. Personally I think the photographs are incredibly stunning, but I am not sure if this sort of high risk photography is too much of a physical danger to the models involved.

I love this particular article because Von Wong shares some photos that show how this high risk photography shoot was pulled off. These behind-the-scene photographs reveal all the coordination and talent required to pull off these sorts of images and I think that alone makes the final photographs even more intriguing. END_OF_DOCUMENT_TOKEN_TO_BE_REPLACED

Now, that is of course a very broad generalization and I am aware that there are amazing, talented wedding photographers striving for all different types of photography styles within their work. Still, I venture to guess that a wedding photographer’s pitch rarely starts with “and I offer these amazing high risk photography sessions…” END_OF_DOCUMENT_TOKEN_TO_BE_REPLACED

Photoshop manipulation is a constant in the world of commercial photography, especially when it comes to the world of advertising. In our segment this semester on ethics, we explore how we feel as individuals regarding the use of Photoshop to alter models in advertising photography. Although the line is very clearcut for photojournalists, this is a very grey area industry wide within advertising as their are no set rules or boundaries regarding Photoshop manipulation. So we have to ask ourselves where the line is that crosses from positively affecting an image into unethical manipulation.

This is a really fascinating experiment using Photoshop to explore beauty ideals around the world. Which one appeals to you and why? Do you think that beauty ideals are partially or completely dependent on local culture? How does your culture affect the Photoshop edits you choose to make?

What Happened When One Woman Had Her Picture Photoshopped In 25 Different Countries
“Make me look beautiful.”

That’s what Esther Honig asked 40 photo editors to do — in over 25 countries. Using the service-sharing site Fiverr, Honig, a human interest reporter, sent a picture of herself to be photoshopped around the w…

How cool are these photographs? Liquid studio photography by Alex Koloskov. We might have missed the training webinar (which I am sure would have been amazing), but it is always a pleasure to look through Alex’s liquid photographs. Do you think we are ready to try an experiment like this in the Godfrey Photolab? What equipment would we need still to capture liquid studio photography? How could we protect the room and equipment if we set something like this up in Godfrey? I’d love to try it if anyone else is interested!

Digital Photography School posts great content for beginning and advanced photographers throughout the year. On this infographic, three key lessons are visualized to help make sense of the manual photography settings on your new DSLR camera. By exploring depth of field, focal length, and shutter speed, the poster helps beginning students wrap their brain around these key settings of manual photography and how they affect your final image.

There is something simply magical about the way children play, especially in the summer time. In many ways, I think our photography should take lessons from children. They aren’t afraid to experiment. If something goes wrong, so be it! Then they just start over with a new idea. I also love how children are so easily inspired by the world around them. It is impossible to imagine a child looking around and seeing nothing of interest, nothing of beauty. If only our lenses could capture the world through their eyes!

I love this collection of photographs. Three things that go so well together- childhood, summer, and playing outdoors (and photography!). I think several of these were set up similar to an outdoor studio to get the perfect shot, but probably not all of them. Which ones do you think were captured in the moment versus having the touch of a professional hand in the composition?

30 Magical Photos Of Children Playing Around The World
No matter their cultural background, no matter their economic situation, kids will always find imaginative ways to have fun. Their wild imaginations and magical childhood moments, when captured on camera by talented photographers, can make for truly wonderful photos. For better or worse, the children in these photos seem entirely content making their own fun.

Great, simple tips for sharing a love of photography (even the technical aspects) with beginners. Varina and Jay Patel are two well know photographers that I have followed for several years on Google+. I love how in this article they find a way to share photography with their 13 year old in a way that is not at all difficult or complicated to understand. The moral of the story is that the technical aspects of manual photography does not have to be scary or difficult. I hope that in #GC3400 I have the opportunity to share that with @ClemsonGC students as they begin to find their way around manual mode on their DSLRs.

What is our philosophy to teach kids photography?….Simple hand them the camera don’t tell them there is a auto more. The results from this approach are wonderful. Now only if we can get adults to forget that there is something other than the manual mode. 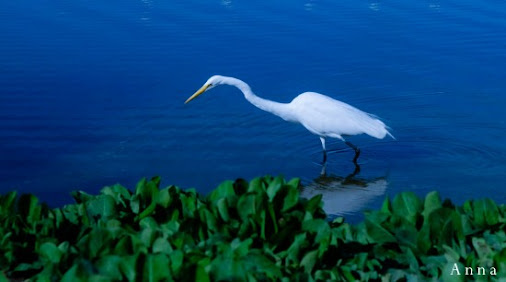 Tips for Teaching Photography to Beginners
A few useful tips for teaching beginners the basics of photography.